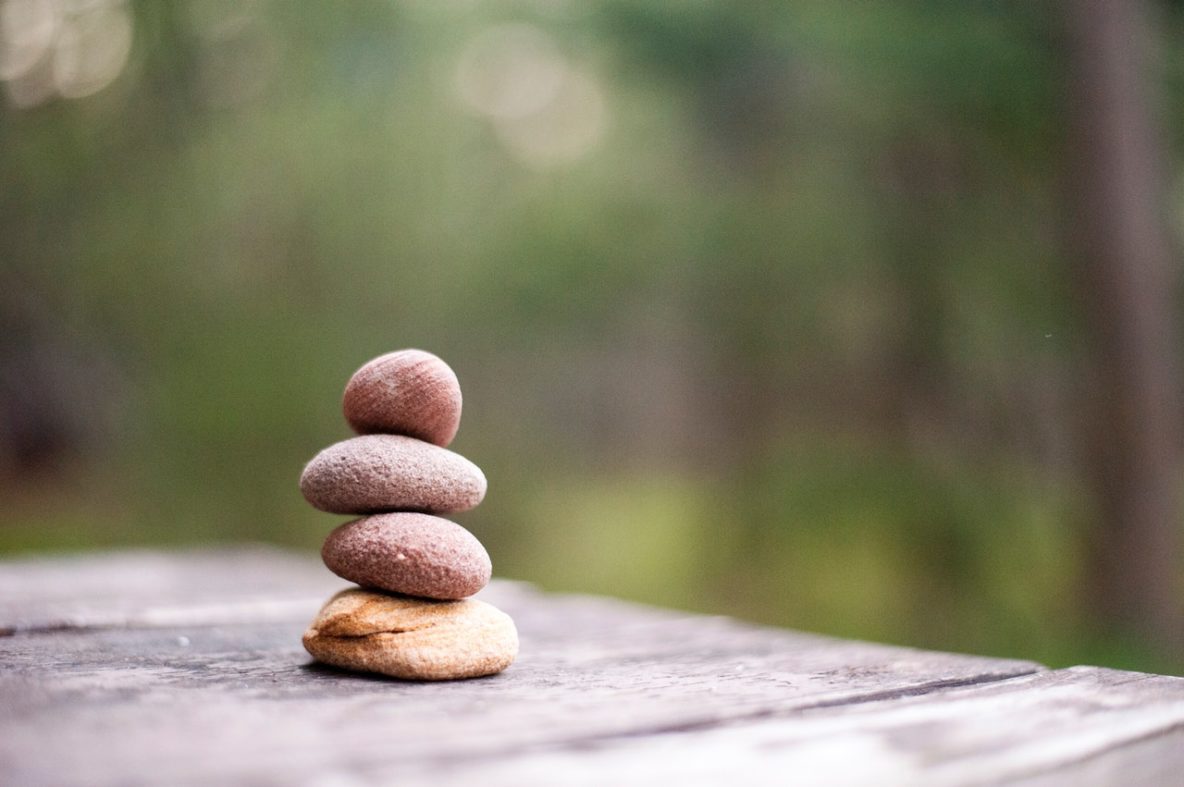 We feel shame when we violate the social norms we believe in. At such moments we feel humiliated, exposed and small and are unable to look another person straight in the eye. We want to sink into the ground and disappear.

Shame makes us direct our focus inward and view our entire self in a negative light. Feelings of guilt, in contrast, result from a concrete action for which we accept responsibility. Guilt causes us to focus our attention on the feelings of others.

Women are quicker to feel humiliated than men, and adolescents feel shame more intensely than adults do. As a result, women and adolescents are more susceptible to the negative effects of shame, such as low self-esteem and depression.

We have all felt shame at one time or another. Maybe we were teased for mispronouncing a common word or for how we looked in a bathing suit, or perhaps a loved one witnessed us telling a lie. Shame is the uncomfortable sensation we feel in the pit of our stomach when it seems we have no safe haven from the judging gaze of others. We feel small and bad about ourselves and wish we could vanish. Although shame is a universal emotion, how it affects mental health and behavior is not self-evident. Researchers have made good progress in addressing that question.

BAD FOR YOUR HEALTH

According to philosopher Hilge Landweer of the Free University of Berlin, certain conditions must come together for someone to feel shame. Notably, the person must be aware of having transgressed a norm. He or she must also view the norm as desirable and binding because only then can the transgression make one feel truly uncomfortable. It is not even always necessary for a disapproving person to be present; we need only imagine another’s judgment. Often someone will conjure an image of a parent asking, “Aren’t you ashamed?” Indeed, we may internalize such admonishments so completely that the norms and expectations laid on us by our parents in childhood continue to affect us well into adulthood.

June Tangney of George Mason University has studied shame for decades. In numerous collaborations with Ronda L. Dearing of the University of Houston and others, she has found that people who have a propensity for feeling shame—a trait termed shame-proneness—often have low self-esteem (which means, conversely, that a certain degree of self-esteem may protect us from excessive feelings of shame). Tangney and Dearing are among the investigators who have found that shame-proneness can also increase one’s risk for other psychological problems. The link with depression is particularly strong; for instance, one large-scale meta-analysis in which researchers examined 108 studies involving more than 22,000 subjects showed a clear connection.

In a 2009 study, Sera De Rubeis, then at the University of Toronto, and Tom Hollenstein of Queen’s University in Ontario looked specifically at the trait’s effects on depressive symptoms in adolescents. The project included roughly 140 volunteers between the ages of 11 and 16 and found that teenagers who exhibited greater shame-proneness were also more likely to have symptoms of depression. There also seems to be a connection between shame-proneness and anxiety disorders, such as social anxiety disorder and generalized anxiety disorder, as Thomas A. Fergus, now at Baylor University, and his colleagues reported in 2010.

In 2010 a team of psychologists led by Ulrich Orth of the University of Bern studied shame in more than 2,600 volunteers between the ages of 13 and 89, most of whom lived in the U.S. They found not only that men and women manifest shame differently but also that age seems to affect how readily people experience it: adolescents are most prone to this sensation; the propensity for shame decreases in middle age until about the age of 50; and later in life people again become more easily embarrassed. The authors see this pattern as a function of personality development. The identities of teenagers and young adults are not completely formed; in addition, people in this age group are expected to conform to all manner of norms that define their place in society. Uncertainty as to how to deal with these external expectations may make them quicker to feel shame. By middle age, in contrast, our character is more or less set, and norms have less impact. But as we enter old age and worry about declines in our body and our appearance, we begin to feel self-conscious again.

GUILT AND SHAME: RELATED BUT DIFFERENT

It has been speculated that humans feel shame because it conferred some kind of evolutionary advantage on our early ancestors. For instance, it can potentially promote a group’s well-being by encouraging individuals to adhere to social conventions and to work to stay in others’ good graces.

Yet Tangney and others argue that shame reduces one’s tendency to behave in socially constructive ways; rather it is shame’s cousin, guilt, that promotes socially adaptive behavior. People often speak of shame and guilt as if they were the same, but they are not. Like shame, guilt occurs when we transgress moral, ethical or religious norms and criticize ourselves for it. The difference is that when we feel shame, we view ourselves in a negative light (“I did something terrible!”), whereas when we feel guilt, we view a particular action negatively (“I did something terrible!”). We feel guilty because our actions affected someone else, and we feel responsible.

Tangney and her co-authors explained it well in a 2005 paper: “A shame-prone individual who is reprimanded for being late to work after a night of heavy drinking might be likely to think, ‘I’m such a loser; I just can’t get it together,’ whereas a guilt-prone individual would more likely think, ‘I feel badly for showing up late. I inconvenienced my co-workers.’ Feelings of shame can be painful and debilitating, affecting one’s core sense of self, and may invoke a self-defeating cycle of negative affect…. In comparison, feelings of guilt, though painful, are less disabling than shame and are likely to motivate the individual in a positive direction toward reparation or change.”

Further, guilt is a sign that a person can be empathetic, a trait that is important for one’s ability to take someone else’s perspective, to behave altruistically and to have close, caring relationships. Indeed, we can feel a sense of guilt only if we can put ourselves in another’s shoes and recognize that our action caused pain or was injurious to the other person. As is generally true of young children, people who are unable to empathize cannot feel guilt. Guilt holds us back from harming others and encourages us to form relationships for the common good. When we feel guilty, we turn our gaze outward and seek strategies to reverse the harm we have done. When we feel ashamed, we turn our attention inward, focusing mainly on the emotions roiling within us and attending less to what is going on around us.

One study that clearly associates guilt and empathy was published in 2015. Matt Treeby, then at La Trobe University in Melbourne, and his colleagues first examined the extent to which test subjects tended toward shame or guilt. Then they had the 363 participants look at facial expressions and determine whether the person was angry, sad, happy, fearful, disgusted or ashamed. Guilt-prone volunteers proved to be more accurate in their observations: they were better able to recognize the emotions of others than were shame-prone volunteers.

Of course, guilt and shame often occur together to some extent. Guilt can trigger a sense of shame in many people because of the discrepancy between the standard to which they hold themselves and the action that caused the guilt. The connection between guilt and shame grows stronger with an increase in the intentionality of our misbehavior, the number of people who witnessed it and the importance of those individuals to us. Shame will also increase if the person who was harmed by our action rejects or rebukes us.

In the bible, nakedness is a source of shame. The book of Genesis 2:25 says of Adam and Eve, “And they were both naked, the man and his wife, and were not ashamed.” That changed when they rebelled against God’s commandment and ate of the tree of knowledge. From then on, they felt ashamed in each other’s presence: “And the eyes of them both were opened, and they knew that they were naked; and they sewed fig leaves together, and made themselves aprons.”

This biblical interpretation of nakedness as shameful still deeply informs the social norms and conventions that determine how we deal with human physicality and sexuality. Although our notions of whether, how, where and in the presence of whom a person may be undressed have changed over the centuries, the shame we feel when we transgress the norms has remained.

Ridding oneself of guilt is often easier than overcoming shame, in part because our society offers many ways to expiate guilt-inducing offenses, including apologizing, paying fines, and serving jail time. Certain religious rituals, such as confession, may also help us deal with guilt. But shame has real staying power: it is much easier to apologize for a transgression than it is to accept oneself.

Some kinds of guilt can be as destructive as shame-proneness is—namely, “free-floating” guilt (not tied to a specific event) and guilt about events that one has no control over. In general, though, it appears that shame is often the more destructive emotion. It follows, then, that parents, teachers, judges and others who want to encourage constructive behavior in their charges would do well to avoid shaming rule-breakers, choosing instead to help them to understand the effects of their actions on others and to take steps to make up for their transgressions.

Annette Kämmerer is a psychologist and professor emerita at the Institute of Psychology at Heidelberg University in Germany. She sees patients in private practice and trains young psychotherapists.